Doing the Robot Race HD cinematic was a blast -- we had work done by our excellent animator Lenin Garcia to really show the movement and speed of these robotic knuckleheads screaming down the desolate highways of the future. 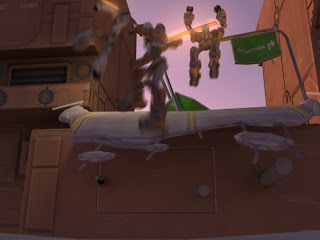 One of the big challenges was to show these characters were in competition, but more importantly not just violent blood(oil?)-thirsty machines. One shot I included was the 'Yikes!' shot that shows them comically reacting to the electrical barriers going up on the track in front of them. This was done to show they had a common foe (The track hazards) but also implied camaraderie. My hope is you can almost hear a cybernetic 'Nyuck nyuck nyuck' as they avoid the barriers. 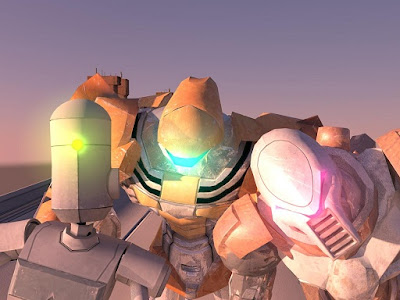 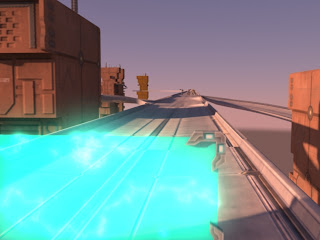 Posted by Easley Dunn Games at 9:49 AM